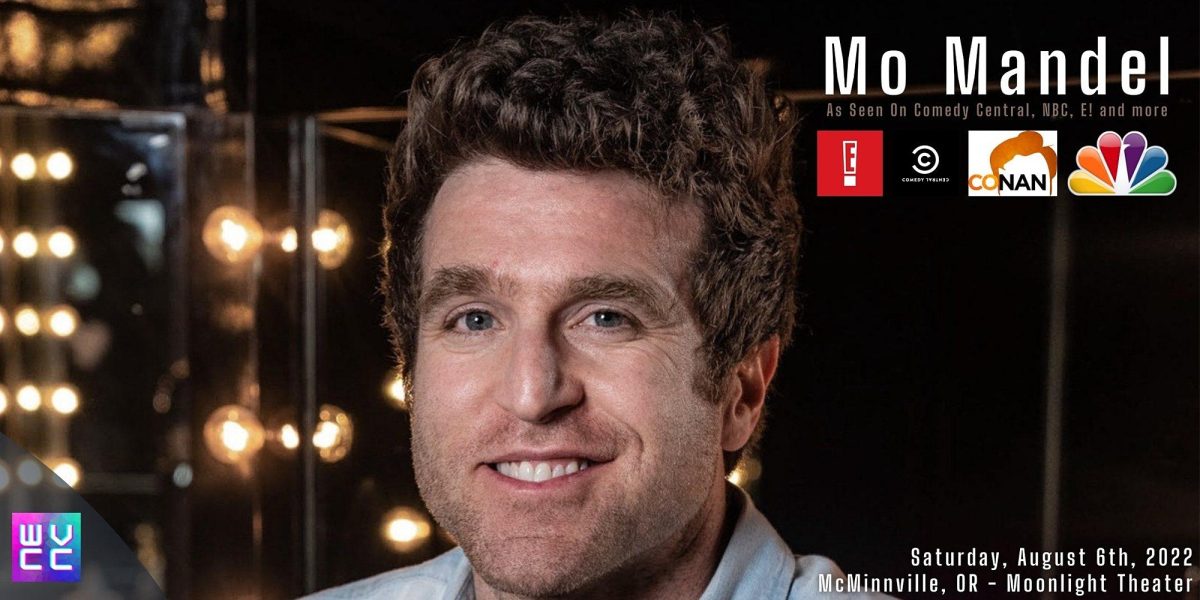 Get ready for another incredible evening of comedy in the heart of Oregon’s wine country! On Saturday, August 6th at 9 PM the Moonlight Theater in McMinnville will be hosting the hilarious Mo Mandel.

Best known for making over 40 appearances on CHELSEA LATELY, and his own HOUR SPECIAL on AMAZON, Mo has made numerous appearances on CONAN, THE LATE LATE SHOW, has a half-hour special on COMEDY CENTRAL, and is a recurring guest on popular podcasts such as ADAM CAROLLA, BERTCAST, YOUR MOM’S HOUSE, and THE FIGHTER AND THE KID. In the past, Mandel has also guest starred on such hit shows as MODERN FAMILY, CASTLE, HAPPY ENDINGS, and was one of the leads of NBC’S comedy FREE AGENTS, opposite Hank Azaria and Kathryn Hahn. Most recently, Mo created and hosted a special for THE DISCOVERY CHANNEL called SMALL TOWN THROWDOWN. He is also the creator of the hit series, COMEDY KNOCKOUT, which can be found on truTV and HBOMAX.

Mo’s stand-up comedy is loud and dirty and blends his unique takes on married life, serial killers, and more into a mix of downright funny jokes and stories. Plus special guests. Hosted by The Willamette Valley Comedy Club.

The box office located at the theater opens at 8:30 PM. A General Admission ticket costs $10 through Eventbrite or is $15 for a ticket on the day of the show at the door. VIP – Reserved Seating tickets cost $20 with any remaining available at the door the night of the show for just $25. (So get those tickets ahead of time!) The show is located at 433 NE 3rd Street, McMinnville, OR 97128 inside of 3rd Street Pizza Company’s Moonlight Theater. The Willamette Valley Comedy Club is an independent enterprise producing shows within the space. The show starts shortly after 9 PM.

***All sales are final. If the show is canceled, tickets will be refunded or exchanged for another show.***

Once again, stand-up comedy returns to McMinnville! And this time we have Canadian comedy phenom Ed Hill! Ed has appeared on FOX’s Laughs, AXS TV’s Gotham Live and on SiriusXM Radio! 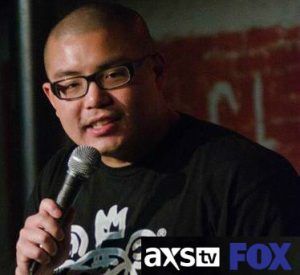 Co-featuring the evening of the 29th are Alex Rios & Riley Fox, with Keith Cameron will be opening up the show. Hosted by PNW Comedy.

The first open mic of the season will be following the show. To sign up, please message PNW Comedy on Facebook or by email at info@pnwcomedy.com before the night of the 29th. In-person open mic sign-ups will begin at 8 PM at the door and will close once the show begins.

Open mic is free to the public and will start shortly after the conclusion of the show. 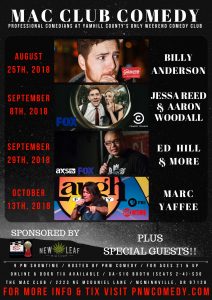