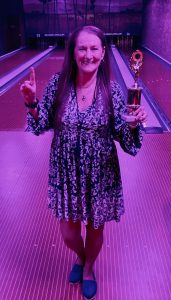 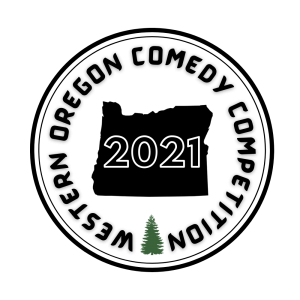 What is the WOCC? The Western Oregon Comedy Competition is a series of four comedy showcases that take place in three different cities in November and December of 2021. What’s special about the WOCC? Well, the winner isn’t decided by a bunch of comedy good ol’ boys- at the conclusion of each show, the audience votes for who they think had the evening’s best performance, and YOU, the people, ultimately decide who is crowned the 2021 Western Oregon Comedy Competition Champion! And the best part? The winner gets $400 cash and a future headliner or feature booking at PNW Comedy event(s)!

— THESE SHOWS ARE 90% COMIC PERFORMANCES AND 10% AUDIENCE PARTICIPATION —

Comedians wanting to compete must be able to get to the venue the night they are scheduled to perform. (Either on November 12th in Salem/Keizer, OR, November 16th in Sherwood (PDX Metro), OR or November 20th in McMinnville, OR and if you make it to The Finals, December 14th, 2021 in Sherwood (PDX Metro), OR. No exceptions.) If you are selected to move on to the next round but cannot attend the next show date, you will be disqualified.

Summary: There will be four total shows that are separated into two different rounds- the First Round and The Finals. The first three shows will be included in the First Round and will have three separate heats on different nights in different cities (Keizer, McMinnville, & Sherwood, OR). The 2-3 comics that receive the most votes from each First Round heat will move on to The Finals and compete for a $400 cash prize on a fourth and final show!

The Finals:  The 8-9 comics that advanced from the First Round/Round One heats will do 10 minutes (at least 9 minutes, no longer than 11 minutes) each in the final round. (These performance times may change due to the number of comics in The Finals.) After the show, the audience votes for the comic they had the evening’s best performance and the comedian that receives the most votes wins this year’s title of WOCC Champion!

– You do not have to be from Oregon to submit to be in the shows. But you can be!

– All local, state, or federal health mandates must be followed including the wearing of masks inside establishments when not actively eating or drinking. Not doing so may be ground for disqualification.

– Everyone performing must be at least partially vaccinated for COVID-19 unless they have a medical or religious exemption.

***By submitting to be a part of this year’s WOCC, you agree to follow the rules and self-attest that you meet all requirements to be in the competition.***

A: Well, if you make it to The Finals (the second show) and are voted the night’s best comic by the audience, you’ll receive $400 the night of The Finals and you’ll be booked again as a headliner or feature at one of PNW Comedy regular shows. You’ll also be invited back for the next year’s WOCC to participate as the Host, MC or Feature.

If you have any more questions, comments, or concerns, please feel free to email us at wocc@pnwcomedy.com.