Get your laughs this weekend in the snowy Central Oregon winter wonderland known as Bend! Date Night: A Comedy Show For Couples is coming to The Capitol this Saturday for an evening of games, improv, stand-up, and prizes!

If you haven’t been out to a Date Night show before, Dash Thompson and Tina Hogstrom play host to a laugh-tastic show that combines the best of various comedy art forms, games, prizes, and audience participation for a memorable night that will leave asking, “When’s the next one?”.

We’ll be at a terrific venue called The Capitol, which is conveniently located in the heart of downtown Bend at 190 NW Oregon Ave. It’s a fun downstairs spot that features tables, booths, and couch seating and has delicious drinks and traditional bar food favorites.

Showtime is at 7 PM with the doors opening for seating beginning at 6 PM. For ages 21 and up. Get your Couples’ Ticket online or at the door. Or, get yourself and Single Ticket and meet someone there! It’s sure to be a fun night of laughs and great company and we hope to see you there!

Curtis Cook, the renowned comic and terrific TV writer, will be in Bend tomorrow night for one night only at The Capitol! Tickets are starting to move and the openers, Cody Michael and Drew WIlson-McGrath, are SO FREAKING funny that you won’t want to miss this NFT of an experience! 7:30 start time, tickets online and at the door, for ages 21 and up. See ya there, non-sport fans!

— is meant for adults and might feature some content not suitable for everyone
— will have indoor seating with A/C and Heating
— asks that you silence your cell phone
— is open to anyone aged 21 and up
— might have lineup changes without notice
— will not tolerate hecklers, interruptions, or those that talk during the show and do not follow the posted rules the night of the show 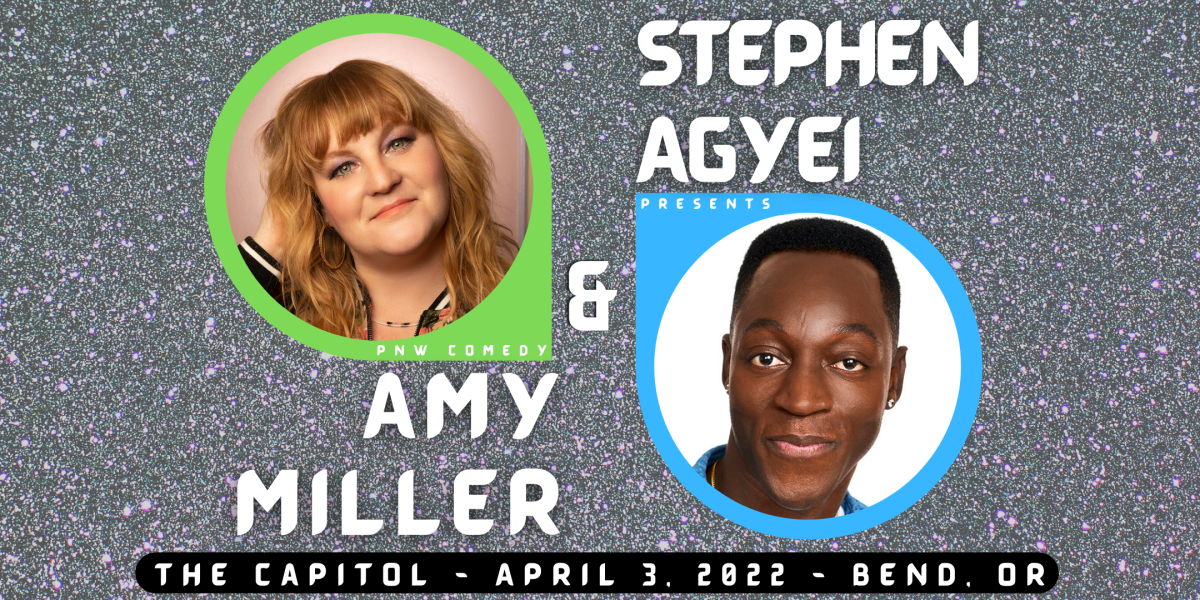