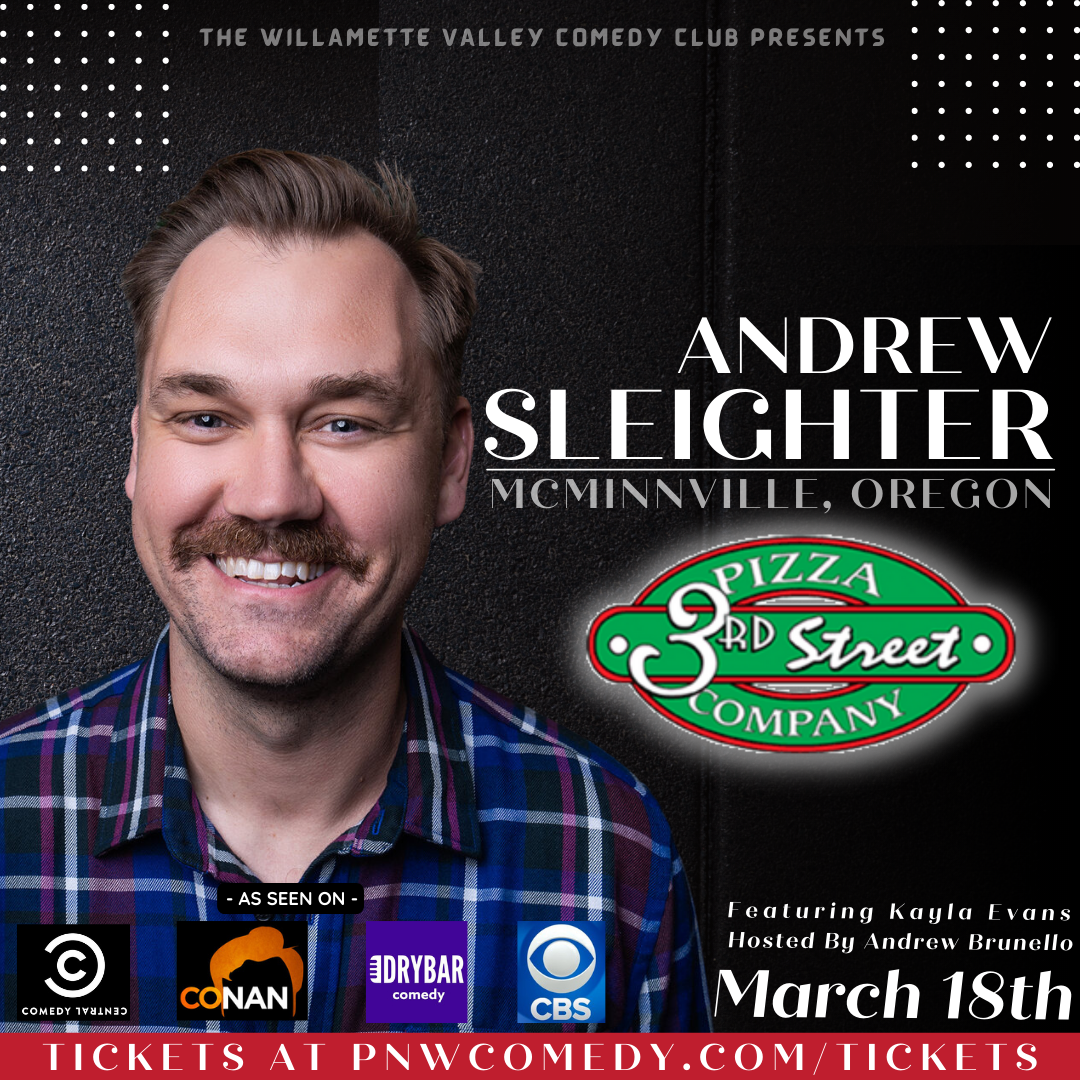 Andrew performed on Last Comic Standing, recorded a comedy special for Dry Bar and made his late-night stand-up debut on Conan. He’s also written and performed sketch comedy for Comedy Central and wrote and blogged for the Sports Show with Norm Macdonald on Comedy Central. Most recently Andrew appeared on the Late Late Show with James Corden.

Tickets cost $12 through Eventbrite or $15 the day of the show at the door. The show is located at 433 NE 3rd Street, McMinnville, OR, inside 3rd Street Pizza Company’s Moonlight Theater. The Willamette Valley Comedy Club is an independent enterprise producing shows within the space. Food and drink will be available before and during the show. The show starts at 9 pm, with the box office open at 8:30 PM.