It is an honor to announce that in its first year, The Oregon Comedy Competition has about 30 comics participating from seven different states and the District Of Columbia (Oregon, Washington, California, Nevada, Hawaii, Michigan, Rhode Island, and D.C.). 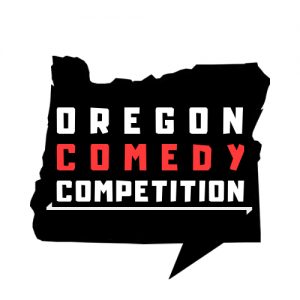 I’m absolutely thrilled that I get to have the OCC’s home for a majority of the shows be The Diversity Cafe & Catering in Forest Grove! It’s a great business and a terrific room for comedy that has been incredibly supportive of live, local stand-up on the far west side of the Portland metro area. It’s also great to have my homeroom, The Mac Club McMinnville (home of my other comp, The WOCC), on board to host a First Round night of laughs, audience voting, and live results on Sept 7th! Additionally, PNW Comedy is very excited to expand the First Round of the comp into Central Oregon with an evening of fun on August 17th at The Capitol in Bend!

And now, the comics in this year’s Oregon Comedy Competition are…

This hasn’t even kicked off yet and I have SO many plans for the next one. So if you’d like to be involved next year, or in the upcoming 2020 Western Oregon Comedy Competition, check out the PNW Comedy Facebook page or PNWcomedy.com for all the details! Thanks! And be sure to RSVP to the event listed below!!